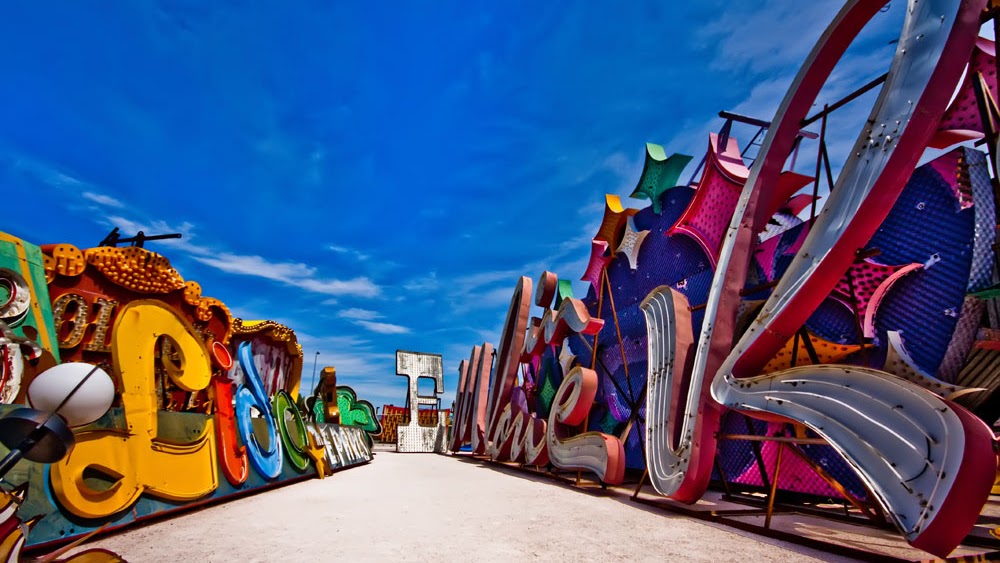 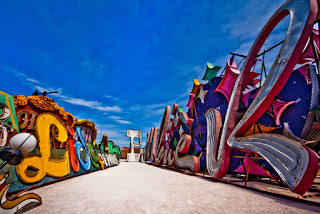 The Neon Museum in Las Vegas, Nevada, United States, features signs from old casinos and other businesses displayed outdoors on over 6 acres (2.4 ha). The museum features a restored lobby shell from the defunct La Concha Motel as its visitor center, which officially opened on October 27, 2012.

For many years, the Young Electric Sign Company stored many of these old signs in their "boneyard." The signs were slowly being destroyed by exposure to the elements. The museum is slowly restoring the signs and placing them around the Fremont Street Experience.

The signs are considered by Las Vegas locals, business owners, and government organizations to be not only artistically, but also historically significant to the culture of the city. Each of the restored signs in the collection holds a story about who created it and why it is important.

The Neon Museum was founded in 1996 as a partnership between the Allied Arts Council of Southern Nevada and the City of Las Vegas. Today, it is an independent non-profit. The Neon Museum maintains restored signs along the Fremont Street Experience as well as the signs in the Boneyard collection.

November, 1996: The Neon Museum at the Fremont Street Experience opens with the Hacienda Horse & Rider sign being lit at the intersection of Las Vegas Boulevard and Fremont Street.

The Neon Museum recently restored three signs to the median, including the famous Silver Slipper. The Neon Boneyard City Park (next to the museum) installed its sign based on pieces held in the collection and will open soon. The museum also recently took in the sign from the Moulin Rouge Hotel and is restoring the historic La Concha lobby to serve as the museum's building.

The Neon Museum maintains twelve restored signs throughout Downtown Las Vegas. Some can be seen on a self-guided visitors walk through the Fremont Street Experience. Three others have been added in recent years to the median of Las Vegas Boulevard in front of the eventual site for the Neon Museum itself.

The Neon Museum is located on Las Vegas Boulevard and Bonanza Road, across the street from Cashman Center and along the Las Vegas downtown museum corridor. The boneyard preserves over 150 neon signs from the Nevada area. While the core of the collection is from the old Yesco Boneyard, private donations and loans have expanded the collection to the current size.

Important historical pieces in the boneyard include the signage from the Moulin Rouge Hotel, the Stardust, Desert Inn and Caesars Palace as well as many others. Not just neon signage, the museum also houses fiberglass sculptures including a giant skull from the Treasure Island among others.

Tours (and private photo shoots) of the boneyard must be arranged with the office prior to your visit. One-hour tours operate every thirty minutes during daylight hours seven days a week. There are tours for Summer starting at 9 and ending at 10am with a tour at 9:30. They then pick tours back up at 7 every half hour until 9.


Are You Looking for Products

Get these at Amazon.com

* amzn.to is official short URL for Amazon.com, provided by Bitly

Source of the article : here